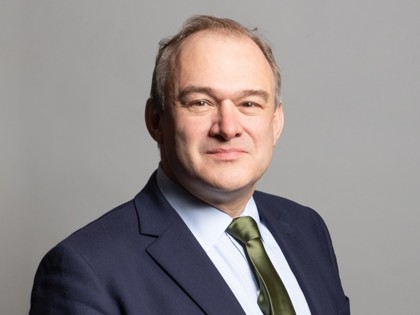 On Monday 29th March, pupils from Didcot Girls School attended an Online Q & A session with Sir Ed Davey, the current leader of the Liberal Democrat party. The event gave Young Carers at DGS the opportunity to listen to Mr Davey speak about the experiences he had as a Young Carer when he was a student.

Our pupils also asked some great questions about the support he had available, his political career and his wider interests. Hepzibah in Year 9 has written about her experiences attending the event:

‘Be Free Young Carers’ is a charity working to provide support and opportunities for young carers in Oxfordshire. They arranged for some of the young carers from DGS to virtually meet with Sir Ed Davey, the current leader of the Liberal Democrats. Ed spoke to us about his own experience as a young carer. He looked after his mother who was ill with bone cancer until she sadly passed away when he was only 15. Currently he cares for his son John who has an undiagnosed neurological condition which means he can’t walk or talk. This now makes his daughter Ellie a young carer too.

After talking to us about his own experiences we were given an opportunity to ask him questions. I asked about his other interests outside of politics. It turns out that Ed enjoys swimming with his children and listening to music. He described his music taste as very “Radio 2”, he proceeded to read us his playlist which featured everything from ABBA to Coldplay.

I also asked him what would have helped him more when he was a young carer and what support he wished he would have had when his mother passed. He explained that not only would having someone ask him how he was coping but also having someone at school that was designated to support young carers would have benefitted him. This highlights why it is so important to have a young carers lead at schools and why Be Free Young Carers is campaigning for every school in the UK to have one.

Thanks Hephzibah, for summarising the highlights of the event! We would really appreciate it if you could spare a couple of minutes to sign the petition and support the campaign that Hephzibah has described.