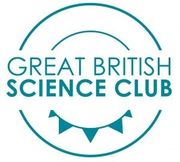 The British Science Association is on a mission to take science out of its cultural ghetto and make it something that belongs to a wider community; to rebrand science from being an exclusive 'profession' or a ‘subject’, to something that is seen as a fundamental and inclusive part of our society. This includes valuing Science education’s role in creating a society which is comfortable with science and excited by discovery, not just in training a scientific workforce.

The Science Clubs here at DGS also aim to encourage young people to engage with science, become ambassadors for science, and ultimately be empowered to challenge, enjoy, and influence science - whether they become scientists or not.

This has been an outstanding year for our Science Clubs at DGS: the girls have carried out numerous experiments, contributed to two different academic research projects, appeared on TV and radio, formed a judging panel for the Royal Society book prize and won a national STEM innovation award for their collaboration with scientists at Diamond Light Source.

The BSA are running a national event called the Great British Science Club on 5th July with celebration events all over the country on the day and in the week leading up to it.

We will be holding our own Great British Science Club celebration event in school on July 4th for year 7 and 8, with a lunchtime event for year 9 on July 5th. Later that day, I will be attending a reception at the House of Lords to celebrate the role of school science clubs in promoting STEM among young people.

We certainly have much to celebrate in this field – DGS is STEM-tastic!

Written by Dr Nickerson (STEM co-ordinator)
Back to News ListPreviousNext