Under 16 footballers qualify for second round of County Cup

The under 16 football team were on the road again, as they travelled to Wheatley Park School for the first round of the County Cup.

The girls settled into the game quickly and it was lively start for both teams with both goalkeepers being called into action early on.

An in-swinging corner from Linda found Bethany’s head, who knocked it on for Amelia to bury 1-0. At half time we made some tactical changes as Wheatley Park were posing a threat down our left-hand side. We started the second half with lots of chances but couldn’t find the back of the net, having hit the post and the cross bar. We lost Melissa to a head injury and then Violet to an arm injury after pulling off a brave save. Grace stepped up to go into goal and we once again reshuffled the team with many players now playing out of position. We continued to dominate, and our hard work and perseverance eventually paid off – Amelia had a long range shot which rebounded of the post, Abi pounced on the loose ball and her quick reaction secured a 2-0 win for DGS. 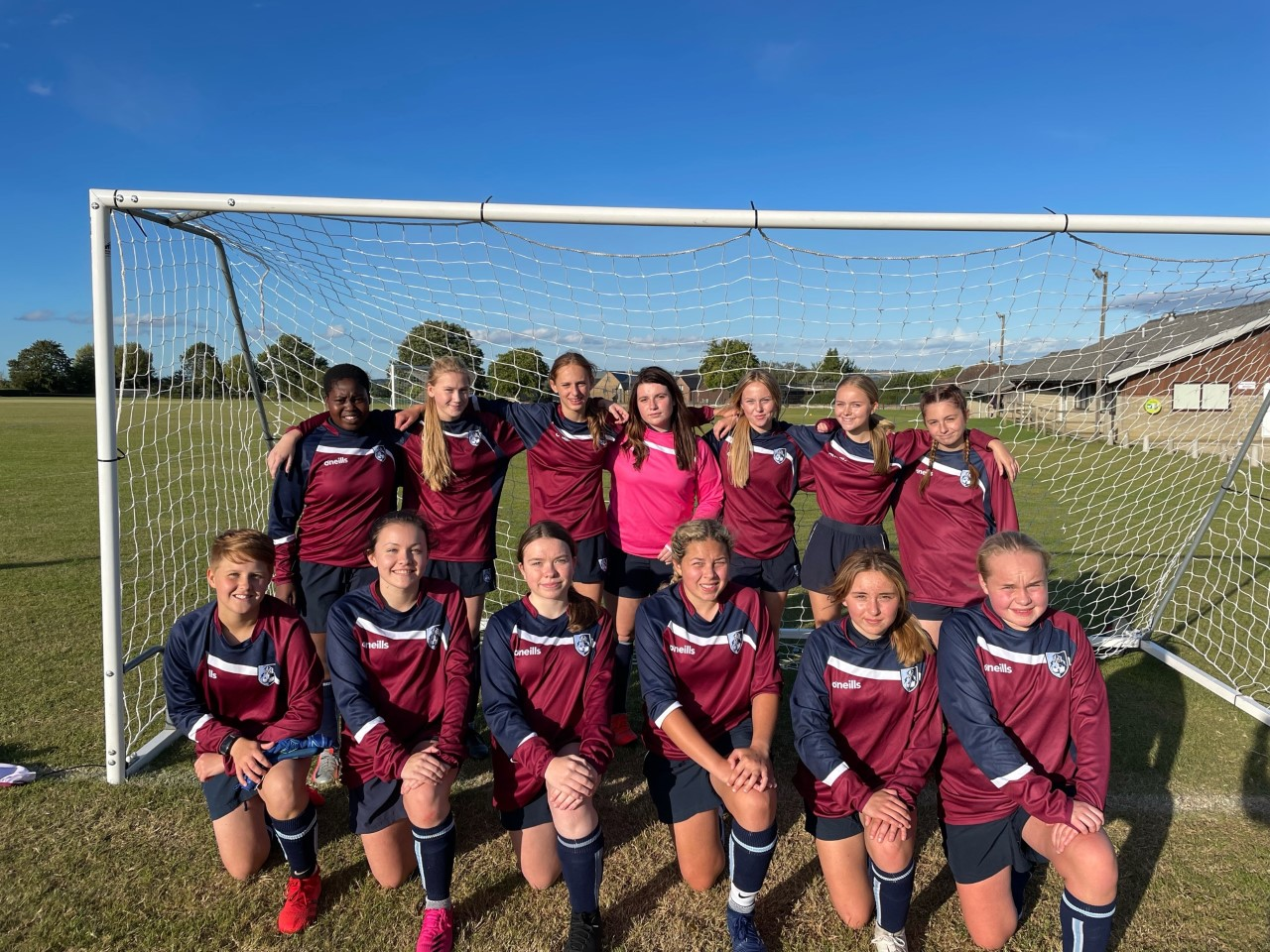